“If you’re going to make a feature film, all you need is 70 ideas,” says American film director, artist, and actor David Lynch (b. 1946). He is best known for films such as Eraserhead (1977), The Elephant Man (1980), Blue Velvet (1986) and Mulholland Drive (2001), as well as the television series Twin Peaks. No one can compare to Lynch, but I still find it interesting to draw parallels between his visual film language and approach to filmmaking, and my own projects as a curator – in this regard as a curator for Vestlandsutstillingen (VU) 2021.

VU is an open call, and as a curator I received not only 70 ideas to decide upon, but close to 1000. For VU 2021, 311 applications were received, which in total contained almost 1000 works or projects. In the process of selecting, I have concentrated on finding artworks that may be staged in ways that give the exhibition a subtle and peculiar mood, similar to the ones we would find in a Lynch film. Moods that are associated with strange and dreamlike scenes, or even sensual and seductive ones. Ambiguous moods where playfulness and horror go hand in hand. Under a perfect surface lurks death and misery, at the same time as something touching and beautiful may be hidden in something that appears as depraved and destroyed.

I made a list of words that the visitors of VU 2021 may bring with them upon meeting the artworks:

These words open up for many different associations, moods and narratives. VU 2021 gives no definitive answers, but can be read as an open narrative put together by many parallel narratives. 16 artists are participating with 29 artworks. Each of these artworks are unique and holds their own story, although placed together in an exhibition with other artworks its contents are reinforced or changed. I am deliberately playing with this when curating the works. I want the artworks to bring up new stories in each other by the way they are mounted. None of the 6 venues of Vestlandsutstillingen 2021 are alike, and thus new narratives will arise from place to place. Nevertheless because each individual visitor also brings their own references to the exhibition and becomes its co-creators.

Heidi Bjørgan (b. 1970) holds an MFA in ceramic art, as well as Curatorial Practice from the Art Academy in Bergen. Bjørgan has contributed to a renewed discourse on arts and crafts in the Norwegian context, both as an artist and as a curator. She was co-founder of the artist run gallery Temp in Bergen (2000-2002), and has curated exhibitions at Rogaland Kunstsenter, Gallery F15, Hordaland Kunstsenter and Gallery Format. At KODE Art Museum Heidi Bjørgan curated the international exhibition Thing Tang Trash and Signed Inger Waage. She was also co-curator of an extended group show of Norwegian and Chinese arts and crafts entitled Beyond G(l)aze at Suzhou Jinji Lake Art Museum in China and at KODE Art Museum in Bergen, as well as the exhibition KREFTER – Dyrdal Kvasbø Tingleff at KODE (2019). Heidi Bjørgan lives and works in Bergen, Norway.

Cancelled due to Covid19

Cancelled due to Covid19

Documentation of artworks and exhibitions 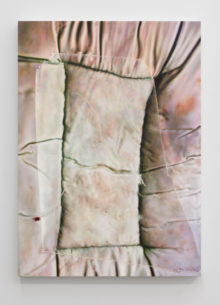