Heidi Bjørgan (b. 1970) holds an MFA in ceramic art, as well as Curatorial Practice from the Art Academy in Bergen. Bjørgan has contributed to a renewed discourse on arts and crafts in the Norwegian context, both as an artist and as a curator. She was co-founder of the artist run gallery Temp in Bergen (2000-2002), and has curated exhibitions at Rogaland Kunstsenter, Gallery F15, Hordaland Kunstsenter and Gallery Format. At KODE Art Museum Heidi Bjørgan curated the international exhibition Thing Tang Trash and Signed Inger Waage. She was also co-curator of an extended group show of Norwegian and Chinese arts and crafts entitled Beyond G(l)aze at Suzhou Jinji Lake Art Museum in China and at KODE Art Museum in Bergen, as well as the exhibition KREFTER – Dyrdal Kvasbø Tingleff at KODE (2019). Heidi Bjørgan lives and works in Bergen, Norway.

Espen Johansen (b. 1985 in Bergen, Norway) is an art historian, curator and writer based in Bergen. He holds an MA in Art History from the University of Bergen (2011) and a degree in Creative Curating from the Bergen Academy of Art and Design (2014). Starting in 2019, he will participate in the one-year course, ‘Negotiating Artistic Value: Art and Architecture in Public Space’ at the Royal Academy of Art in Stockholm.

His curatorial practice stems from investigations into the potency of art as an alternative communicative device through time and across borders in our mediatized society, particularly focusing on art in the public space and the power structures of the public sphere; who gets to say what and how? His exhibition projects are usually developed over long time in close dialogue with the artists and result in new productions. Johansen has previously curated both solo and group exhibitions, as well as interventions and temporary artworks in public space. He has worked as an art theory lecturer at Bergen School of Art for several years and contributed with texts to multiple publications and art magazines. 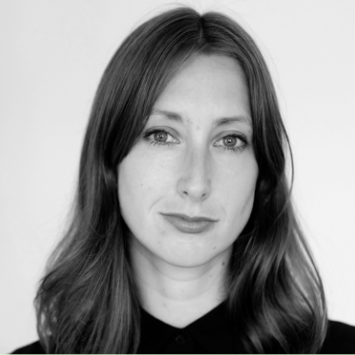 Marte Danielsen Jølbo is an independent curator and writer. She is co-founder of Another Space, a project space for art and architecture based in Copenhagen and Oslo. Jølbo is also co-founder and editor of the web journal Contemporary Art Stavanger, and is the author and editor of several essays and art publications. Jølbo holds an MA in Modern Culture and Cultural Communication from the University of Copenhagen, and a BA in Comparative Literature. Recent curatorial projects include Permanent Construction at Open Source Gallery, New York; (re)remember study Kansas City at Charlotte Street Foundation, Kansas City; Vertical Displacement at insitu, Berlin; and Unflatten at Prosjektrom Normanns, Stavanger.